Get fresh music recommendations delivered to your inbox every Friday.

from Death's Omnipotence by Blood Worship 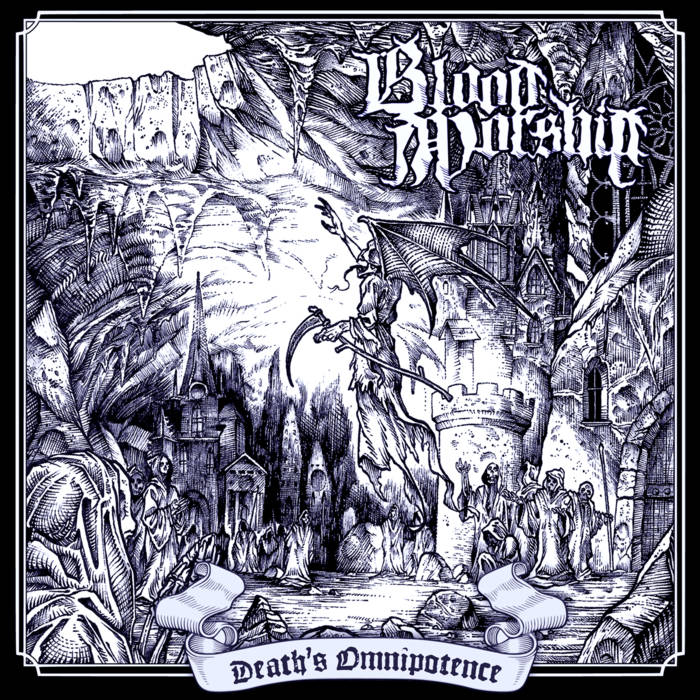 To join the blighted souls of old,
beyond the veil

Into the depths of that hungering abyss

The flames of hope and and longing are now extinguished
The souls once bound in flesh have now been relinquished
The dreams of celestial glories are now all vanquished
Their haunted cries and whispers, reverberate so anguished

Each creature beckoned into that lightless chasm

Now sound the bells of quittance
from the abysmal shrine
The cup has been drained, yet lingers
a taste of bitter wine

Bandcamp Daily  your guide to the world of Bandcamp

Little Brother joins the show to discuss their beautiful journey, plus tunes from Fat Tony